What are Shareware, Trial Software, and Freeware? 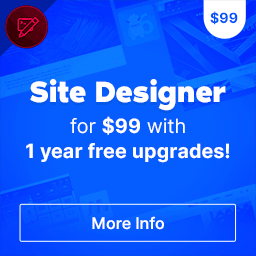 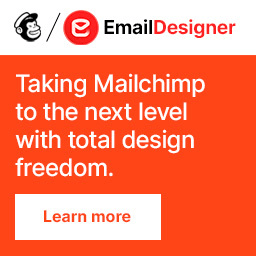 In the mid-1980s Bob Wallace developed a word processor program called PC-Write. To further describe his program, Wallace came up with the term shareware. Jim Button, the creator of PC-File (a database program) and Andrew Fluegelman, the author of PC-Talk (a communication program), are considered to be the fathers of the shareware concept. However, the three of them clearly established the shareware model as a viable marketing method for their software.

In the early days of software distribution, it was a standard practice to share computer programs across a global bulletin board system. This allowed users to share and exchange them with other users that may have a need for it to accomplish or simplify daily tasks. As the progress of the software industry continued to develop, software authors and vendors started to request small payments for their software in order to help support continued improvements and offer technical support.

Computer software was distributed and shared between friends and colleagues, but it wasn't until the development of the Internet and e-commerce that the concept of shareware really took off and became more popular than anyone could have ever imagined.

As the Internet became more popular, so did the use of shareware, trial software, and freeware. In the early '90s, the Internet led to a new software distribution model that revolutionized the software industry and the way software was distributed. This newfound method of distribution has been so successful over the past decade that now almost every software development company uses it to raise awareness about their software.

To make this network of shareware and freeware distribution even more powerful, webmasters began making website archives based on the software that was available to download. These massive libraries of software are commonly known as software download sites.

So what exactly is shareware? Shareware is software that is distributed on a trial basis with the understanding by the users of the software that there may be a small charge by the author to continue to use it. Most shareware is delivered free of charge by downloading it from the Internet either from the author's website or from a software download site. By registering the software and paying the fee, you become registered with the author and can receive technical support and software updates when they become available.

You can copy shareware and pass it along to friends and colleagues, as long as it is the trial version of the software and not the registered version. They are also expected to pay a registration fee if they intend on using the software regularly beyond the trial period.

The trial period of the computer software is entirely dependent on the software author and can vary a great deal. Typically, the trial period can be anywhere from 10-30 days or even 45-60 days. Some trial periods are based on usage and only allow users to open the program a limited number of times. The functionality of the software can be limited as well. Some authors will release fully functional software, whereas others will offer a limited version of the full program.

All the software here at CoffeeCup is offered as a fully functional trial version for users to try out for a limited amount of time. You can check out our free trial downloads on our software page.

What exactly is freeware? Freeware, unlike trial software, is software that is completely free for anyone to use or pass along to other to use. The difference between freeware and trial software is that freeware is just that: free. You never have to pay to use freeware, and you can pass it along for others to use, too.

However, there are a few disadvantages to using freeware. One such disadvantage is that the author may stop developing and improving it. If you use a freeware program on a regular basis, check with the developer to see if they plan to continue developing it and offering updates. Another disadvantage is that you may not get technical support. Of course, this is dependent on the developer, so you should check directly with the company to learn their policy.

Where Can You Get Trial Software, Shareware, and Freeware?

So what are the advantages of shareware, trial software, and freeware? Well, the advantage of freeware is just that — it's free. For shareware and trial software, however, the big advantage is that you can try the software before you buy it. Using shareware through the trial period gives you ample time to test out the software before you buy it. It also gives you the opportunity to try out several different products and see which one best suits your needs.

Another advantage of shareware and trial software is that it's usually a lot less expensive than store-bought software. This is because the software authors don't have to pay the extra overhead for packaging and printed materials, which allows them to pass the savings on to the consumer.

Overall, the distribution of shareware, trial software, and freeware continues to improve, with more vendors producing software for users to try before they buy.